Via: Alan Adler and Freightwaves 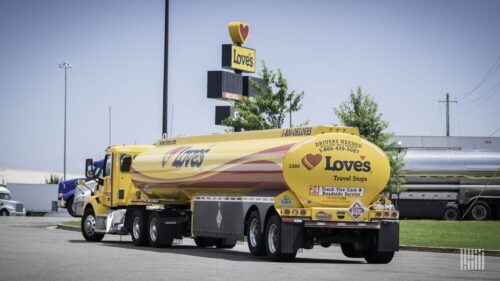 The coronavirus pandemic is raising awareness and large donations for a 12-year-old nonprofit charity dedicated to helping sick and injured semi-truck drivers.

On Thursday, Love’s Travel Centers & Country Stores made a first-time donation of $100,000.

Additional significant donations are expected in coming days and weeks, said Shannon Currier, director of philanthropy and development at St. Christopher’s, based in Knoxville, Tennessee.

“We are always asking for donations,” she told FreightWaves. “That is the same day in and day out whether there is a crisis or not.” 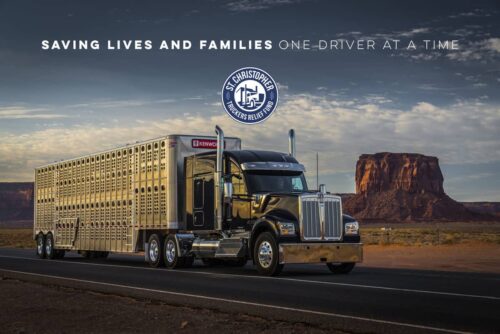 The money helps pay household expenses like rent or mortgage, utilities, vehicle payments, and insurance for drivers forced off the road by injury or health problems. Medical bills are excluded.

The charity has not yet received any requests for financial help tied to a positive test or COVID-19 infection. But the shutdown of much of the economy has brought attention to truckers hauling groceries and medical supplies and the health risks they are taking.

“We’ve always appreciated the hard work professional drivers do every day and wanted to help them out during a time when they, along with many Americans, are struggling,” said Love’s spokeswoman Caitlin Campbell. “Jenny Love Meyer found this organization when looking into ways to contribute.”

She was not alone.

“There’s a lot of people that didn’t know we were here,” Currier said. “Now that they are aware of what we’re doing, they have a desire to get on board.”

It took one crisis to address another.

“We knew coming into 2020 we were already playing catch-up, so when the coronavirus hit, we had a moment of panic wondering how we were going to handle the anticipated increase in applications,” Currier said. “People started talking about us, so we started seeing some increased donations.”

Social distancing to reduce the spread of the virus led to the cancellation in March of the Mid-America Truck Show (MATS) in Louisville, Kentucky, removing about $4,000 it typically raíses for St. Christopher’s. Also lost were one-on-one meetings that lead to donations later.

New corporate donors include PACCAR Inc. (NASDAQ: PCAR), the parent company of Kenworth Truck Co. and Peterbilt Motors, which gave $20,000. It is the first major Class 8 truck manufacturer to donate.

“We’re hoping that as other people see that roll out, we might have other manufacturers that want to get on board with us as well,” Currier said.

Yokohama Tire Corp. donated $10,000 and is running a rebate program in which 500 people who donate $10 or more to St. Christopher’s will receive a coupon for $60 off a set of new tires. Digital freight broker startup Convoy kicked in $10,000. Software developer Omnitracs pledged $5,000.

TravelCenters of America (NASDAQ: TA) annually donates wristbands, marketing materials, giveaways and other collateral for the annual Band Together for SCF fundraiser. TA has raised more than $2.7 million for St. Christopher’s since 2010, including $293,000 in 2019.

“We’re passionate about helping professional drivers live long and healthy lives. A major part of that is helping them stay financially on their feet when they aren’t healthy and able to work,” said TA CEO Jon Pertchik. “We wouldn’t be here without drivers, and the American economy wouldn’t be strong without drivers.”

TA and now Love’s are both Sterling donors, the top tier of recognition. Other are Radio Nemo, carried on SiriusXM’s Road Dog Trucking, and Red Eye Radio, which airs on more than 240 AM/FM stations. Both provide in-kind donations including public service announcements.

St. Christopher’s was founded in 2007 by broadcaster Dave Nemo and his business partner Michael Burns and physician Dr. John McElligott in reaction to the startlingly poor health of the nation’s 3.5 million truck drivers. According to studies, 70% had one or more serious health problems, such as obesity, diabetes, sleep disorders or cardiovascular disease.

“Drivers just have a lot of issues that they deal with because of the lifestyle that they have to lead,” Currier said.

Getting help from St. Christopher’s requires medical verification. No money goes directly to a trucker. A layoff or reduced driving time alone does not qualify for aid, though Currier said she and the other five part-time St. Christopher’s employees try to refer drivers in need to other assistance. They field 30 to 40 actionable requests a month.

“We are finding out [that] even being around 12 years, there are a lot of people that don’t know we’re out there,” she said. “We hope that doesn’t end when this crisis ends.”

Tax-deductible donations to St. Christopher’s can be made online at TruckersFund.org.